GRAND RAPIDS TRAVEL GUIDE: WHAT TO EAT & HOW TO BURN IT OFF

Check out this nice mention in “GRAND RAPIDS TRAVEL GUIDE: WHAT TO EAT & HOW TO BURN IT OFF” by Liz DellaCroce

Eating Our Way Through Grand Rapids 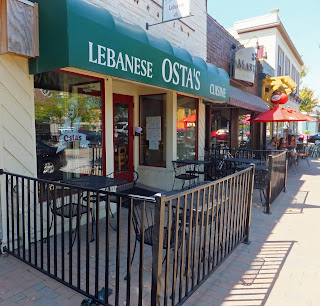 This is a sweet, little setting in which to enjoy mid-eastern fare. It’s casual space and holds about 11 tables. The take-out window was busier than the dining room when we visited. 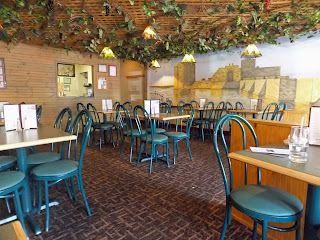 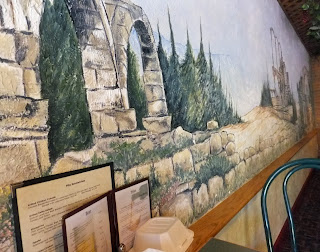 Our server promptly brought us menus but didn’t take beverage orders and didn’t bring us water until we requested it when she returned a while later. Other than that initial bump, the service was perfect, attentive without being over-whelming, and well-timed dishes. Osta’s owner and chef A. John Aouad admits he hasn’t been to many other cities to check out restaurants. And why should he, says, since Grand Rapids offers so many different types of cuisine.A. John Aouad
Owner/Chef, Osta’s Lebanese Cuisine
2228 Wealthy St. SE

OTT: What is your creative food muse?

AJA: My creative food muse (if I understand the question properly) is the enjoyment and pleasure I get from serving people and seeing the smile on their faces when they realize just how good Lebanese food is. READ MORE

Gaslight Village Business of the Week

John Aouad was born in Beirut, Lebanon to parents John and Victoria. His father was a top chef in Lebanon who won several awards and received special recognition in both the Middle East and Europe. He was also the personal chef of King Faisal of Saudi Arabia for a time until he returned to Beirut to open the original Osta’s. It was King Faisal who nicknamed John Aouad, Sr. as “Osta” which is an old Arabic word meaning “Master Chef,” and that he was.  This is when our Chef John decided to follow in his father’s footsteps. His primary education was through the University in Beirut, and and afterward he worked many years side by side with his beloved father; learning every secret he possessed about the art of cooking Lebanese cuisine. READ MORE

The warm and hospitable food “experience” of the vibrant Lebanese culture is reflected in John and Diane Aouad’s restaurant, Osta’s Lebanese Cuisine.

It stares down at you from its place above the right-hand door. Its protecting gaze covers the entire room, unblinking. It has been there for twenty years, watching over the Aouad family and their guests at the twenty-three year old Lebanese restaurant, Osta’s Lebanese Cuisine, in Gaslight Village. READ MORE “The community is wonderful. The people are so nice and loyal. You feel warm here,” says John Aouad, owner and head chef. “I consider us a family. Since we opened, it’s the same. We know customers. One day they’re single, they get married, they have kids, they’re here with their kids, now the kids are in college and coming back to see us. It’s like family.” READ MORE